To BGN readers: The second issue of the Breton-Gerol Newsletter comes to you in the very last days of the outgoing year. The 2017 issues will have an improved design and appearance. Our main objective remains the same: to update our readers on the events and developments on the international scene with particular emphasis on such regions as Russia and Eurasian Economic Union and Central Asia.

We wish you Happy New Year !

RUSSIA: IN ANTICIPATION OF TRUMP’S WORLD 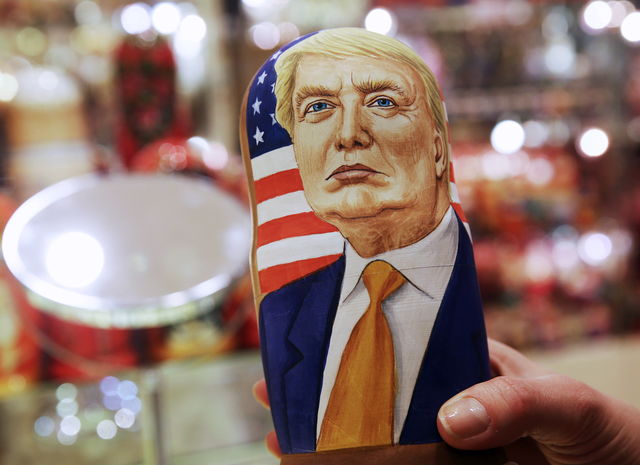 Never in post WW-2 history was Moscow so obsessed by the ascendance of a new American president.

At the countless political talk shows on Russian TV the name of Donald Trump is mentioned just as frequently as that of Vladimir Putin. The recent quote from the popular Moscow political commentator Andrei Norkin says it all: “One thing is clear-Trump is a real friend of Russia”.

In the Kremlin however not everyone is so certain. The closer we get to the 20th of January 2017 when the word “elect” will be dropped and the Trump’s presidency will begin, the more wary the policy makers in Moscow feel. The prevalent view within the political-military establishment in Russia now is that it would not be so easy for Trump to overcome the traditional anti-Russian monolithic triad: Congress, State Department, and Pentagon. The course of foreign policy in Washington will not occur overnight even if Trump’s new administration wants to change it. That is why the Kremlin continues – with the impressive speed – to cement its international achievements of 2016: Saving Assad regime in Syria, signing cooperation agreements with Turkey and Iran, overcoming Western economic sanctions and keeping the situation in Eastern Ukraine in limbo.

So when Donald Trump becomes president he will clearly see the consolidated positions of Moscow. At that stage the new start of West-East dialogue could commence.

At this pending junction Canada has an opportunity to start its own dialogue with Russia in order not to be left behind by other significant economic players as Japan, EU, South Korea and Brazil in calibrating its relations with Russia and Eurasian Economic Union to fit this new reality.

THE AFFAIRS OF STATE

The proposed appointment of Rex Tillerson as Secretary of State is eliciting an inordinate volume of comments on account of his friendship with Putin and his lack of government or diplomatic experience.

The friendship with Putin needs to be put in perspective: while successfully advancing the interests of his corporation Tillerson managed to gain the respect of his Russian counterparts, to the point where the Kremlin refers to him as “highly professional”. Tillerson’s work with Russia would confirm that it is possible for a major US entity to have a convergence of interests with the Russian government. Not a problem in itself one might think, but this no “zero-sum game” approach irks the Washington neo-conservative establishment for which such convergence is inconceivable.  Others even more object to the suggestion fact that Tillerson is a friend of Putin, or in their view a friend of the devil incarnate. The implication is that Tillerson lacks judgment in picking his buddies. If indeed Tillerson became friends of sort with Putin, it is mainly because his work took him to Moscow when the entire Western business community was courting Russia and he was successful in building contacts in Russia. Altogether, it might not be so negative to have an international business professional with close contacts in places like Moscow and Beijing – to solve potentially difficult issues.

The work that Tillerson successfully did at Exxon requires skills that are easily transferable to his proposed new job. Tillerson’s proposed appointment is consistent with President-elect Trump’s main foreign policy objective as stated during his campaign that is the advancement and promotion of US interests. Tillerson would be expected to advance US interests, as (ruthlessly, some have said) he did with Exxon’s throughout his career. The implications for US policy in relation to Russia and Ukraine tend to be more obvious and offer no comfort for Ukraine. The implications for US policy in the tangled web that is the Middle East are less clear. Beyond the relationship with Israel and continuing to protect the secure access to the region’s energy resources, what US interests will Trump and Tillerson want to promote?

In mid-December the EU extended for another 6 months the sanctions it has imposed on Russia in the aftermath of the annexation of Crimea and the military confrontation in Eastern Ukraine. The position of the incoming Trump administration in respect to the sanctions against Russia remains to be confirmed, but there are indications that a repeal of sanctions is more likely than not. If not right away than in a near future.

The range of Western sanctions includes diplomatic measures, asset freezes, travel bans, specific restrictions in relation to Crimea as well as some economic sanctions affecting military goods, dual-use goods, and equipment for the oil industry. They also include restrictions on certain financial instruments and on transactions with certain entities.

In response, Russia has issued its own reciprocal travel bans. More important, the Russian counter-sanctions adopted in August 2014 have targeted the agricultural imports from countries that had adopted the initial sanctions: the United States, the EU, Norway, Canada and Australia.

Russian counter-sanctions seem have had a more direct impact on trade than the initial Western sanctions. The EU sanctions were presented as a means to influence Russia’s behaviour in the right direction, not as a punitive measure. The idea was to target certain responsible individuals and entities but not to affect the general population. Russian counter-sanctions were meant to punish the initiators of sanctions. Food exporters from the targeted countries have clearly suffered the most. For example, Canadian pork industry lost close to a billion in sales to Russia. Others   have also been affected by the deteriorating business climate and, in the exclusive case of Canada, by the absence of active trade promotion.

Overall sanctions have clearly had a negative effect on the Russian economy.  According to World Bank data, foreign direct investment in 2015 was only 10% of what it was in 2013. The low price of oil on the world market also contributed to the economic slowdown. It would be difficult to assess what did more damage.

In addition to sourcing some of its imports elsewhere, Russia’s official policy response has been to promote import substitution and to claim that the counter-sanctions were having a favourable impact on the Russian agri-food sector.

A few observations emerge at this time:

The sanctions have had their impact on the Russian economy, but with the rise in the price of oil and re-alignment of financial and trade flows, that impact is wearing off. Modest growth is expected in 2017.

The impact of counter-sanctions on the Russian agri-food sector is conveniently over-estimated by the Russian side, it has become clear that the counter-sanctions planned or not, were a clever means to give a boost to the domestic agri-food industry which was already improving significantly in any event. As of this year, Russia’s value of agricultural exports now exceeds that of its military exports, a sign of the growing vitality of the agri-food sector.

The Western sanctions have not caused the desired policy change in Russia. Neither will their continuation.

The situation in Ukraine and Crimea has not changed significantly, but with a Trump administration whose proposed Secretary of State is openly in opposition to Russia sanctions, as well as with the already strong dissenting views within the EU, the future of sanctions is far from certain. 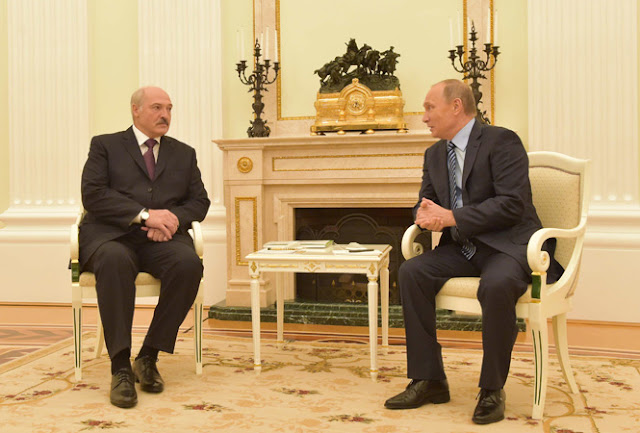 Aleksandr Lukashenko, irreplaceable president of Belarus suddenly stopped repeating the previously popular mantra of being an unconditional ally of mother-Russia.

Now he prefers to mention “approach problems” between Moscow and Minsk on such issues as Ukraine, relations with Europe and integration within the Eurasian Economic Union.

Now when the Western sanctions against Belarus were suspended, Lukashenko indicated his desire to have closer ties with the European Union. At the same time he refuses to pay Russian set prices for its natural gas claiming that prices and way too exuberant. It is worth to note that Moscow’s irritation with the maverick Belarus leader is growing and we can expect some sort of increased frictions between the two allies. 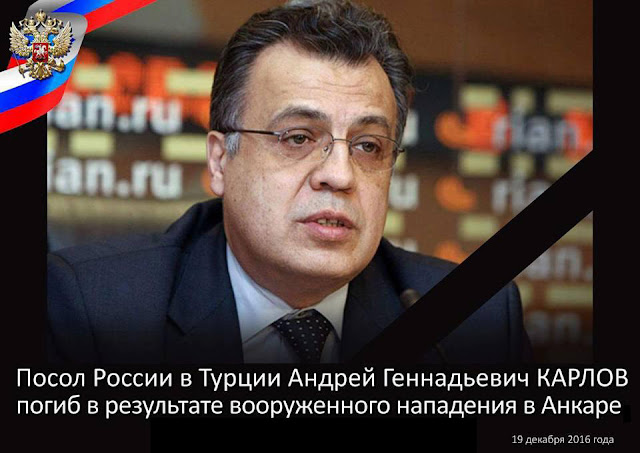 Andrey Karlov, the assassinated Russia’s ambassador in Ankara fell victim to new circle of Islamic terrorism which, according to some experts, targets diplomats and state officials worldwide.

In Ankara it was an obvious and embarrassing lapse of security on the part of Turkish and Russian special services. Aside from this obvious fact a more nuanced conclusion is to be made. The assassination of ambassadors though historically rare always had far reaching consequences. In some cases it was a pretext for war, break of diplomatic and economic relations or deep international complications. That’s why the international terrorism from time to time turns to that proven tactic.

Ambassador Karlov’s murder will not undermine relations between Russia and Turkey but at least it should force countries to greatly improve the security of diplomats across globe-after all terrorism is a global menace. 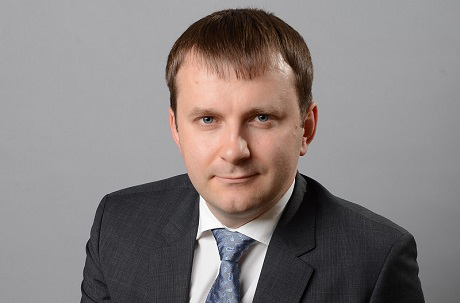 The appointment of 34 year-old Maxim Oreshkin (former Deputy Minister of Finance) as a Minister of Economic Development of Russia (to replace Alexei Ulyukaev( who was fired after being charged with corruption and put under house arrest)  raises some interesting questions.  Although Oreshkin has a positive reputation as a reform-minded and independent, progressive economist, one has to wonder about whether he has the chops, experience and  skills to manage such key department of the Russian government.  While his predecessor awaits the results of his prosecution for alleged corruption, senior officials in the ministry must be wondering about their future.

This appointment by President Putin will not necessarily embolden reformers, but might in fact incite senior ministry officials to protect their sinecures and avoid making decisions.  What this entire episode reminds one is that in post-Soviet Russia, when the chairs are re-arranged around the cabinet table, prospects for implementing reforms and cutting a bloated public service slip even further away.

VISA FREE TRAVEL: KAZAKHSTAN AND UZBEKISTAN, THANK YOU VERY MUCH

Canadians will now be able to visa-free travel to Uzbekistan and Kazakhstan for up to 30 days (in same cases visas could be obtained at airport on arrival).  Do not expect a reciprocal measure from Canada as long as there is the risk of a large influx of unfounded asylum applications from the two countries.

The announcement of visa-free travel to the EU for Ukrainian citizens may have been perceived as visa-free travel being a fait accompli. Not exactly. Negotiations still have to be conducted between the EU Presidency and the European Parliament. The visa-free travel would also be accompanied by a new improved suspension mechanism that would allow the re-introduction of visas if, among other situations, there is a rise in unfounded asylum applications.
.

Russia’s agreeing to UN-led international observation mission in Aleppo may not have been so difficult. With the military initiative on the Syrian side and its allies and with most of the fighting done, an international presence condones the status quo and shifts of the responsibility for humanitarian assistance to a broader group. It also relieves Russia and Syria from carrying all the opprobrium for the disastrous situation in East Aleppo. The observation mission may be difficult to put together, but may be there for a long while

The idea sounds far-fetched, but would not have been proposed if there was not something serious behind it. Negotiations held in a secular but predominantly Muslim country may not be a guarantee of success, but may be more acceptable to some of the factions.


President Putin recently alluded to his wish to travel the world once he leaves the presidency. Coming from an individual who generally does not say things without a reason, this is intriguing. The next presidential election is less than 15 months away.

Posted by Gilles Breton at 1:14 PM No comments: